It was in the 1920’s that the Art Director first gained a prominent position within the industry. Suddenly directors were forced to consider designed sets that were made to either strongly suggest camera position or to lock one in, as with forced perspective or foreground miniatures.

Men who were trained architects and designers who had been sucked into the studio system had to deal with people who were jealous of this new intruder into the filmmaking process, and did all they could to minimize their influence.

Joseph Urban (1872-1933) was a trained Viennese architect and theatrical designer who had not only designed numerous buildings throughout Europe but was well-respected for his theatrical designs for the Ziegfield Follies. Convinced to come to Hollywood by Randolph Hearst to design a Marion Davies picture, Urban soon found he was unwanted by studio carpenters who were used to building whatever they felt like rather than working from drawings. One carpenter distrusted his designs for a Spanish house and brought in his own reference to copy. Urban had to gently point out that the man’s pictures were actually of a French chateau. 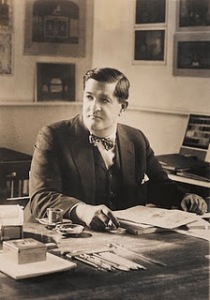 Photoplay Magazine in October of 1920 described a meeting Urban had with one director who described a Buddist Temple that he wanted constructed for a dream sequence.

“You build it right there, about three feet high”, the director told him. “I wheel it up or push it back –  she gets big or she gets small, just as I place the platform; you know what I mean?

“Yes”, murmured Urban, “I know. You want a rubber temple.”

Urban would go on to serve as Art Director, Set Designer and Set Decorator on nearly 30 pictures, as well as simultaneously having a successful architecture career on the East coast.

You can read more about him here: 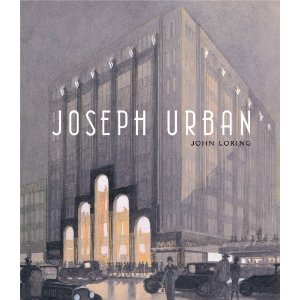