‘[ In the early 1900’s] some citizens of Hollywood regarded the activities of the motion –  picture people with dismay, feeling as though their respectable town had been overrun by gypsies. Film people were called “movies” by Hollywood residents, who were unaware that the term referred to the product, not the personnel. The word conjured up the right sort of vision; it was vaguely suggestive of irritating insects.’

Early motion picture personnel were at the bottom rung of the ladder as far as the locals were concerned. Apartment buildings often had signs posted declaring neither persons owning animals nor those having employment in the film industry would be rented to. The iconic  and once luxurious Garden Court Apartments, which stood on Hollywood Blvd., held out against admitting actors until 1918.

The town was flooded by young people, believing it was easy to break into the glitzy new industry as ‘extras’. Thousands arrived, particularly young women who were shocked to find that not only had thousands of others had the same idea but the studios were not centrally located and were actually many miles apart making it difficult just to visit the various casting offices in a single day.

The town soon began publishing notices around the country, trying to impress on young wanna-be actors as to the reality of the situation and discouraging them from coming to Hollywood without a contract or contacts. Hordes of youth faced starvation, poverty, and sometimes even suicide. 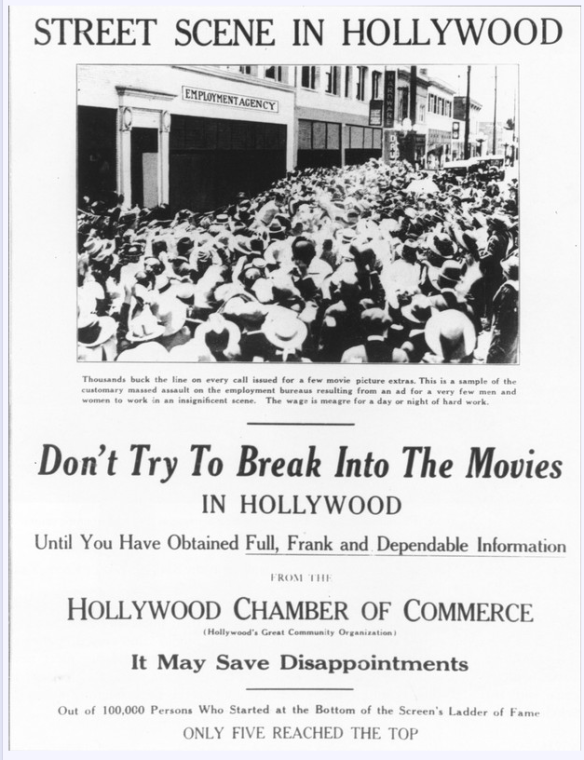 By 1922 there were over 30,000 people in Hollywood seeking extras work. The oversupply naturally led to exploitation of young women and the industry soon had a PR nightmare on their hands. Some officials were calling for government regulation which is the last thing the production companies wanted. Republican Party leader Will Hays, creator of the infamous Hays Code, would try to alleviate the situation by creating Central Casting as a way to control the pandemonium which was occurring daily at the studio lots. It gave the process legitimacy but it failed to stem the flow of eager youth into the once-sleepy town. 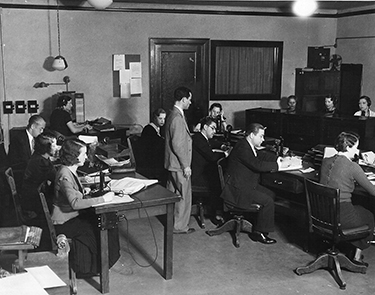