It’s there on Google Earth, at least the footprint of it is. You can make it out from an image at 30,000 feet high, there in the giant parking lot of what was once an amusement park.

In 2013, pre-production began on the feature film Jurassic World. The picture would require the creation of a fictional amusement park, a resurrection of the island world destroyed by dinosaurs in the first film, Jurassic Park in 1993. Production Designer Edward Verreaux was tasked with bringing the dinosaur park back to life in Louisiana, outside New Orleans. The option that looked the most promising in the area was Six Flags New Orleans which had sat derelict since it was closed as a result of Hurricane Katrina in 2005.

When the levee broke as a result of the water surge in Lake Pontchartrain, the park was soon under seven feet of water and would remain submerged for over a year. After it was drained, the plan to revive the park was abandoned and it sat empty until snakes, birds and alligators made it home. 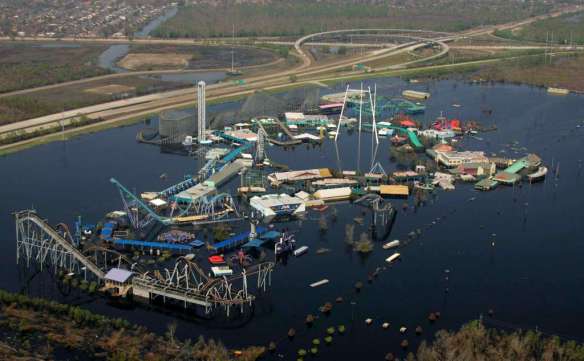 The original plan was to build the set within the confines of the original park, using the existing structures as a base, covering up or adding onto buildings as needed and covering up those that needed to be hidden. The sad state of the park was not only worse that expected but it was soon apparent that using the actual park was more trouble than it was worth. 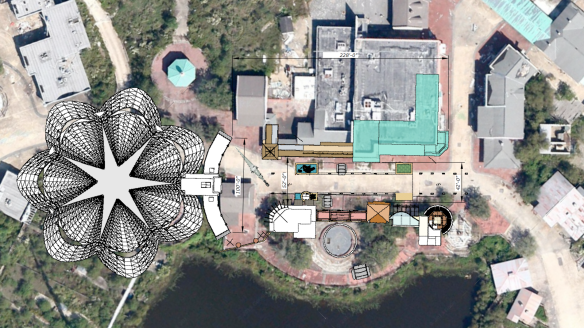 Verreaux came up with the solution: the company would create the set in the huge parking lot adjacent to the park, avoiding the problems associated with hiding the structures that didn’t work and not be penned in by the claustrophobic original layout. This not only gave him the ability to expand the width of the streets as needed but allowed the company to have  much easier and safer access to the set.

You can still see the layout of the street and sidewalks as the paint has not faded even three years later. 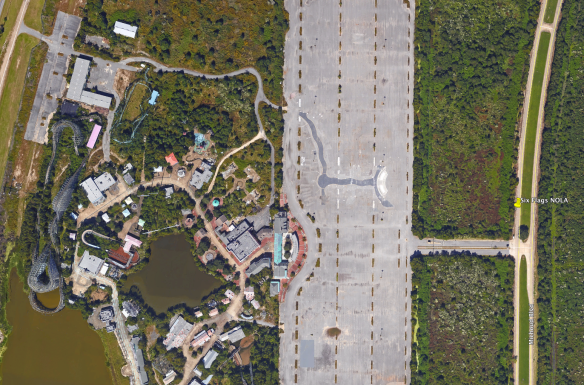 The set would be built there in the middle of the huge parking lot. The area between the set and the original park would be separated by a huge green screen, suspended from a framework constructed by the grip department. 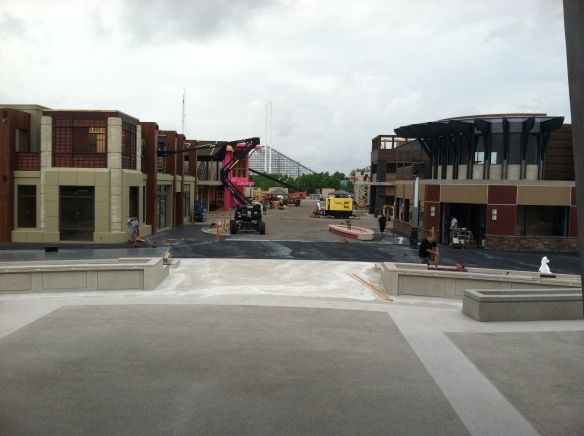 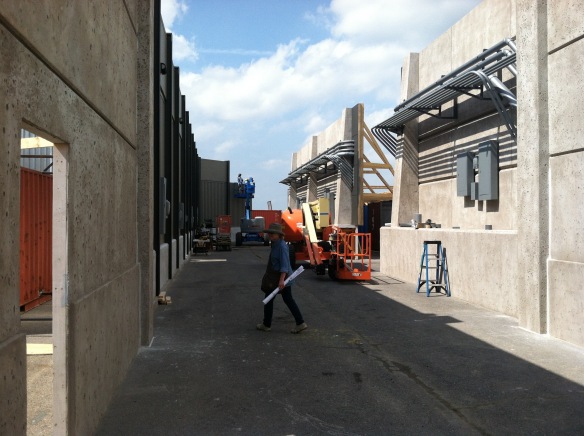 The Maintenance Alley under construction_RD Wilkins 2014

Here is a photo from 2015, one year later after the set has been struck and another company is at work constructing the monster oil platform set for the film, Deepwater Horizon.

In Google Earth you can set the Historic Imagery slider bar and see the area transform from its pre-park days in 1998 to today.